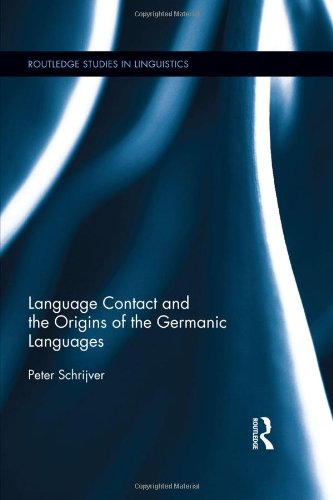 Language Contact and the Origins of the Germanic Languages

History, archaeology, and human evolutionary genetics provide us with an increasingly detailed view of the origins and development of the peoples that live in Northwestern Europe. This book aims to restore the key position of historical linguistics in this debate by treating the history of the Germanic languages as a history of its speakers. It focuses on the role that language contact has played in creating the Germanic languages, between the first millennium BC and the crucially important early medieval period. Chapters on the origins of English, German, Dutch, and the Germanic language family as a whole illustrate how the history of the sounds of these languages provide a key that unlocks the secret of their genesis: speakers of Latin, Celtic and Balto-Finnic switched to speaking Germanic and in the process introduced a \’foreign accent\’ that caught on and spread at the expense of types of Germanic that were not affected by foreign influence. The book is aimed at linguists, historians, archaeologists and anyone who is interested in what languages can tell us about the origins of their speakers.