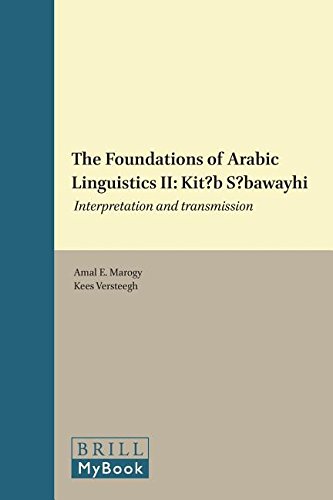 This second quantity on The Foundations of Arabic Linguistics comprises contributions from the second convention on Arabic linguistics, hosted by the College of Cambridge in 2012.
All contributions cope with the grammatical theories formulated by the primary grammarian to put in writing a whole survey of the Arabic language, Sībawayhi (died on the finish of the eighth century C.E.). They deal with such subjects because the use of hadith in grammar, the remedy of Persian loanwords, the expression of modality, conditional clauses, verbal valency, and the syntax of numerals.